Voting will stay open for 1 week…until end of the day Feb. 11.  After which we will post the results.

Most of these Memes came from the Fan-Created Facebook Group, but a few were also pulled from the Star Realms: Galactic Summit Discord Channel.  If you think we missed one of the best Memes of 2019, post it in the comments below.
END_OF_DOCUMENT_TOKEN_TO_BE_REPLACED

If you refer to the Megahaulin Card Tier List from time to time, we’ve created a quick access “app” you can save to your phone/tablet (or access via a browser on your computer).  Here are a few screenshots.

For access, simply click this link.  It will open in a browser, from which you can add the list as an icon to your home screen (see example above).  Here are instructions if you’re not sure how to do that.

No, it’s not actually an “app”; you can’t find it in the app store and it’s not installed. But it’s designed for phones and you can save it to your home screen so it opens on your phone like an app.

Suggestions for features for the “app”?  Let us know in the comments below.

Look for Stellar Allies to be added to the Card Tier List soon!

by Rick DeMille aka Darklighter

Why a 2nd Edition?

Following the Colony Wars update to the Star Realms app, you no longer had to play all cards in your hand, which is consistent with the physical game rules.  You now have the option to “End Turn” before playing all your cards.

So, while many of the principles in my 2015 article are still relevant, other parts of that article no longer apply.

Finally, after hundreds of requests – mostly from myself – I updated this article given that the app no longer forces you to play all your cards.

The “reshuffle” in Star Realms produces some unique strategy considerations, particularly when you will reshuffle mid-turn.

END_OF_DOCUMENT_TOKEN_TO_BE_REPLACED

We have temporarily removed our back episodes before Ep 74. Publishing to new platforms means we need to be pod safe in our music choices. Until we determine our next step on this, those older episodes will be unavailable. If you have them already, you will not be affected. We’ll keep you in the loop on our progress here.

This week Dustin and Matt discuss everything that’s amazing and cool about the BRAND NEW Cosmic Gambits Expansion for the Digital Star Realms App. Also, News from the Colonies and QUICK HITS!

Check out this episode!

This week on Megahaulin, Dustin and Matt get to interview Jimmy “Ghostlawns’ Morris!! What a huge interview! All this and more in this week’s episode! Check out the Megahaulin Strategy Blog for all show notes and tournament results!

White Wizards at PAX (includes Coalition Fighter Image and brief Star Realms Lore around the origin of the ship)
http://www.whitewizardgames.com/white-wizard-games-pax-east/

Survey Ship Story Thread (winner gets a copy of AGES by CrShaner – group join required to review this posting)
https://www.facebook.com/groups/starrealmsfanpage/search/?query=Survey%20Ship

This week on Megahaulin, Dustin and Matt get to interview Jimmy “Ghostlawns’ Morris!! What a huge interview! All this and more in this week’s episode! Check out the Megahaulin Strategy Blog for all show notes and tournament results!

Check out this episode!

I am back, and the training continues. 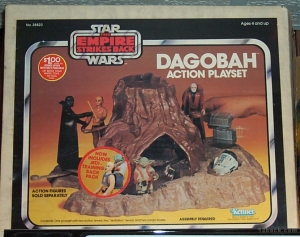 White Wizard Games has formally announced their latest Kick Starter, and it is the highly anticipated Epic digital app! Here are some pertinent resources:

Naturally I backed it; #251. Included in my package are some event tickets. The announcement referenced in-app tournaments and even chances to qualify for 2017’s World Championship. There is much to learn yet, and I would love to win my way in this year.

Before I go packing my bags, I should probably recap last year’s event.

How did it go competitively? I was humbled. I did get some nice wins. I felt at-least-in all of my contests, including a dark draft against grand champion, John Tatian. I came up against builds similar to my own in constructed. I took an Evil/Sage control/recursion build, which was popular.

The rest? Outstanding. I could gush on all day about the White Wizard crew and their volunteers. I could do an entire separate entry about all of the events. We crowned a new Star Realms Legend in close friend, Dustin Brehmer (Dusto) and our first Hero Realms Legend in regular convention traveler, Julian Shirland (jshirland). I met many Star Realms friends and rivals in person. Dustin Clingman and I recorded two hours of on-site interviews for the Megahaulin Podcast including a full episode exclusive with Rob Dougherty and Darwin Kastle.

Check that out here:

There is much more out there about the White Wizard Games Fair. Here are a couple of well-made video features. I am partial to the Star Realms bit!

I want to thank Martin Dickie. He helped in my initial learning of Epic and then again getting around Framingham, where he resides. I was also grateful to meet Tom Sorenson. We continue to learn with his builds today.

So now I am counting down the days.

I do have concerns. I addict HARD. 18000 games of Star Realms has weakened my social agenda. I can’t wait to let Epic kill it off entirely.

Kickstarter backers get to play in March. Next Month!

This special episode was recorded at the White Wizard Game Fair with Rob Dougherty and Darwin Kastle. We spoke at length about all of their products and learned some great news about Star Realms.

This episode is a general discussion, so be ready for a good listen!

We’re releasing TWO EPISODES this week (59 and 60). The first has our awesome discussion with newly minted Legend DUSTO, We also spoke with Top Lifetime Ranked Dommola, BGG Legend SweetJustice and the OG Legend Chris Shaner! It’s a packed episode so get listening!