Star Realms fans spend substantial time staring at trade rows. Which cards are the most efficient? Should I counter-purchase? Am I getting enough bases? What about scrap? We scrutinize, rationalize, and eventually settle on the best purchase. Often we see posts asking, ‘What would you take?’ accompanied by a screenshot. Deck Building offers simple-but-lively discussion about what to take, when, and why.

I will ask you to assess your process. Where are you as a Trade Row Decision Maker?

It is one thing to pick the best card from a series of choices. It’s another to decide that one is the most advantageous considering the state of the game. It takes yet another slight maturation to conclude that even the best card in the row does not improve on my overall position. Some players can proceed to damage and hit End Turn. Most cannot.

Imagine that you are building a lego house from scratch. You are wandering the toy box collecting the best of the bricks you find. You have preferences and can recognize quality parts. If you find a bunch of interesting bricks, heck grab them all because you can always add more awesome to a lego house.

A linear deck builder carefully considers each trade row and hopes to make a series of good decisions. Buy the best option(s) available each turn and hope that the factioned cards will cross paths in the shuffle. This deck will come together as the builder adds components a-trade-row-at-a-time.

Imagine now that you have the blueprints to build the lego house of your dreams. Your trip through the toy box will be particular and deliberate. Just get the type of bricks that you know you want. All others are unnecessary.

From as early as the first shuffle, a holistic builder envisions what he or she would like the deck to look like at the end of the game. This player hopes to encounter purchases that will fill in the gaps. This deck comes together as the builder settles on the best available cards to perform specific, necessary tasks.

An actual home builder is of course concerned with the long term: craftsmanship, durability, and aesthetics. We don’t have to worry about any of that. It’s a race to fifty damage, and then onto another.

A few points to that illustrate the differences:

I have some favorite four-costs. Examples are Blob Destroyer, Battle Barge, Star Market, and Patrol Mech. I find that often I will just buy these up without much thought. I know from past experience that decks featuring these cards can win.

Let’s say that I buy these particular four cards during my first four purchases. I might feel fantastic, however these cards actually don’t work that well together. I do have a nice foundation from which to go several directions. But the second shuffle is already nearing. How much time am I going to have to focus my deck AND lay beats with it? A quick look at my opponent’s deck reveals his first four purchases were two Rams, a Missile Bot, and the Battle Mech. Yikes, that clock is ticking!

My personal preferences above led me to make linear buying decisions. Even with several of my favorite cards, I am already behind in the damage race. My opponent’s deck currently suggests a winning trajectory. This means that his deck is on a path that mathematically reaches a winning condition sooner than mine does.

A holistic player monitors trajectory like an hour glass. He has a scavenger hunt to complete with a deadline. The amount of time he has is much determined by his opponent. I am worried about trajectory above because my opponent is sitting on scrap and damage; a speedy tactic. Let’s pretend that instead that my opponent’s first four buys were a Trade Pod, a Cutter, and two Explorers. This series of buys tells me he is instead looking at a longer strategy. I would have much more time to develop.

Linear players are open-minded and opportunistic. As the climate in the row changes, he or she can adapt. While hopeful about the win, focus is on the present. We don’t know what will appear in the row later in the game, so consistently shop well and rely on the shuffler for help. Buying off-the-cuff will work a significant amount of the time. While a holistic player is busy checking off lists and looking for cards that aren’t available, the linear player’s deck will snowball and combo out sooner or later.

This player’s emphasis on the present can cost him. As already stated, piles of good cards do not always meld into winning decks. Cherry picking the best cards will compel many to wander into four colors. Sometimes thought of as ‘on autopilot’, this player is not so mindful of the opponent, and may miss opportunities to counter.

Holistic players are patient and deliberate. Winning decks contain x, y, and z. He or she will look for pieces that will ideally form like a jigsaw puzzle. (or Voltron!) Mindful of his opponent, he can enact countermeasures. The focus, however is end state. If enough goes well in the early and mid-game, the holistic player has already seen his intended type of deck win hundreds of times.

This player does face some risks. It’s possible to be too patient. While it can be tempting to try and recreate past glory, you are at the mercy of this game’s trade row. With only five available buy options at a time, Plan A may just fail to show up altogether. He may have to look for another familiar path. Or if too late, he may even just default to a linear damage race; one he may already be behind in.

It needs to be said that the Holistic position as described here loses consistency with expansion. The format with the least amount of quantity, variables, and chaos is vanilla. The whole strategy depends on predictability, which falls with each tier of additions to the trade deck; most of all Events and Gambits.

The holistic player does have one distinct ability that most linear buyers lack. He recognizes when his deck is complete. 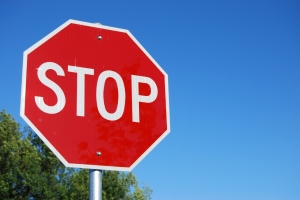 We face an efficiency dilemma in the deckbuilding genre. It feels wasteful to not employ available resources. However some buys do more harm than good. The best players recognize when it’s okay to just let unused resource go.

1. Good early decisions can be offset by poor late ones.

A player can have a smart, efficient start, only to derail his or her own progress later in the game. Good initial purchases may have you in a favorable trajectory. Imagine that we are entering the midgame (after the second shuffle). You’re sitting on several scrappers and some damage. Your opponent spent two shuffles gathering resource-based cards. You may already have the head start necessary to commence scrap and initiate the damage race. Is there any need to dilute your deck with further purchases? If the row offers ships or bases that specifically accelerate your trajectory, buy. Everything else will get in the way.

Nobody questions the value of scrap. Thinning the crap out is common to most strategies in Star Realms. As such we place a heightened emphasis on red scrappers. Unfortunately we sometimes go on to clutter the deck up again with untimely and unnecessary purchases. Gratuitous acquisitions can muck up a deck just as starter cards do. Any purchase made that does not directly improve your position will put another card right back into the shuffle. This dilutes your damage, hurts probability of factioning, and undoes scrap work you have already done.

3. Will this investment have time to mature?

Scott Heise taught us that the average game of Star Realms will see 4 ½ deck iterations, or about 24 turns. That means that cards purchased before the first shuffle will probably play from your hand three or four times. After three shuffles, you’re speculating as to whether you will even see new additions before the game ends. If a prospective purchase does show up, it well might be in your final hand. You bought it and drew into it. Did it put you over the top for the win? If not, are there other cards waiting in your draw pile that might have? ‘I had lethal damage in hand when you killed me’. We want to blame the shuffler, but the real fault might lie with those late disruptive grabs.

Okay so no more buying after the third shuffle, right? Of course there are going to be exceptions. ‘Cantrips’ or cards that replace themselves with a draw are good examples. These cards do not cost a hand slot, and thus cannot gunk up your turn. Cards that can sac to draw offer the same appeal. If you are down in the race late you might go frantically digging for help from an Event or a Hero. Late game purchases may be appropriate. If not necessary to win, avoid making them carelessly.

Decide which type of trade row assessor you are. Linear buyers hope to make the best purchase now. Holistic players hope to have the best synergy at the end of the game. Know your strengths and weaknesses. Understand that the best Star Realms players pull from each camp. If you are a linear buyer, make a point to assess at context more often going forward. If a holistic player, don’t lose sight of the present. Know when its time to switch over. If you take nothing more from this, please scrutinize your mid and late game purchases. If it doesn’t help you win the game, it might as well help your opponent to.

1 thought on “How do you buy? And can you stop? By Matt ‘TheCutter’ Newburg”